Mr. Danner assumed his role as ICER Chair on February 2020. He was previously elected ICER Vice Chair on March 2018. He also serves on the Board of Directors of the National Association of Regulatory Utilities Commissioners (NARUC) and chairs its International Relations Committee. He is a member of the State Technology Services Board, the Board of Directors of the National Regulatory Research Institute (NRRI), and the Advisory Council of the Center for Public Utilities at New Mexico State University.

David W. Danner is chairman of the Washington Utilities and Transportation Commission. Danner had been the agency’s executive director since 2005 and secretary since 2008. Before that, he served as executive policy advisor to Washington Gov. Gary Locke on energy, telecommunications, finance, and elections issues.

In 2004, Gov. Locke named Danner to the state Pollution Control Hearings Board and Shoreline Hearings Board, where he served before moving to the commission. Danner has also been a telecommunications attorney in private practice, and counsel to the Washington Senate Energy and Utilities Committee.

Dr. Annegret Groebel was appointed Vice Chair of ICER in June 2020. She was elected President of the Council of European Energy Regulators (CEER) in January 2019, having previously served as CEER Vice President since 2012. She is a member of the Board of Regulators of the EU Agency for the Cooperation of Energy Regulators (ACER). She is also actively involved in the Body of European Regulators for Electronic Communications (BEREC) and in the European Regulators Group for Postal Services (ERGP). She is a member of the OECD’s Network of Economic Regulators (NER Bureau), a working group of the OECD looking at cross-sectoral governance issues of economic regulators.

Dr. Groebel is Head of Section ‘International Co-ordination’ of the Federal Network Agency for Electricity, Gas, Telecommunications, Post and Railway (BNetzA) and has served in different posts for the German regulator since 1997. She lectures on different subjects in economics, finance, social policy, trade policy and regulatory frameworks at different universities and vocational training academies in Germany, Italy and in Switzerland. She has authored publications in the field of telecommunications and energy regulation. 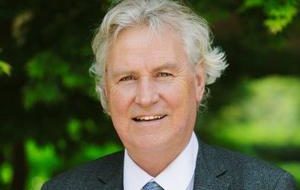 David M. Morton was appointed Vice Chair of ICER in June 2020. He is Chair and CEO of the British Columbia Utilities Commission (BCUC) since December 2015. In addition to being the Chair and CEO, he is also a Commissioner. He considers this to be a key part of his leadership role, and he continues to participate, usually as the Panel Chair, in a number of key proceedings. David has over 25 years of experience as a consultant in the information technology sector. He is a Professional Engineer in British Columbia, has a Licentiate in Accounting from the Society of Management Accountants Canada, and was certified with the ICD.D designation in 2013 by the Institute of Corporate Directors and holds a Bachelor of Applied Science from the University of Toronto. David also serves as director for the Arts Club Theatre Company, and as President of the West Vancouver Community Arts Council.

Mr. Salazar is the Coordinator of ICER. He is also founding partner of Enix, SC, a consulting firm specialized in energy regulation. In 2016, he was appointed as the first “Institute of the Americas Regional Energy Integration Non-Resident Fellow” and as executive fellow at the School of Public Policy of the University of Calgary.

During 2015-2017, he was Chair of the Mexican Chapter of the World Energy Council (WEC). In 2017 he became a member of COMEXI, the Mexican Council on Foreign Relations. During 2011-2015 he chaired the Ibero-American Energy Regulators Association (ARIAE).

Mr. Salazar holds an MSc in Public Financial Policy from the London School of Economics and Political Science, a BSc in Chemical Engineering from the Autonomous University of San Luis Potosi, and Diploma studies in Law and Economics from other universities.

Chair of the Virtual Working Group 1 on Electricity

Judge Jagdmann was educated at the University of Virginia where she graduated with distinction. She received her law degree from the T.C. Williams School of Law at the University of Richmond. Prior to being elected to the Commission, she was the 43rd Attorney General for the Commonwealth of Virginia, serving from 2005-2006. From 1998-2005, Jagdmann served as the Deputy Attorney General for the Civil Litigation Division. Before her work in the Office of Attorney General, she served for 13 years as counsel to the Virginia State Corporation Commission (SCC) and its staff on securities and utility matters. Her service as Commissioner at the Virginia State Corporation Commission began in 2006. She was re-elected to a third six-year term in 2018.

Co-Chair of the Virtual Working Group 1 on Electricity

Civil engineer from the Pontifical Catholic University of Chile with an MBA from Adolfo Ibáñez University. He has 30 years of experience in generation, transmission and distribution power companies in Chile, Latin America and Europe, and background on gas and energy interconnections. He also served as Director of the Central Interconnected Power System of Chile (SIC).

Mr. Venegas has been key to different energy regulations in Chile over the past 20 years such as: conventional power generation, along with power transmission and distribution, supply to regulated customers, power auctions, renewable energy, gas markets, rates, among others.

In August 2018, he was appointed Executive Secretary to the National Energy Commission by the President of Chile.

She has been the Chair of the Gas Working Group of the MEDREG (the Association of Mediterranean Regulators for Electricity and Gas). She participated in the working groups, of the Energy Community, MEDREG and the European Regulators’ Group (ERGEG) for issues on both electricity and gas, as a Turkish representative.

She is a lawyer by training and admitted to Bar Association in 2003. She holds a Master of Laws degree from the Queen Mary, University of London with the Master’s Thesis on ‘Renewable Energy and International Investment Protection Regime’. She has published several articles on both national and international publications.

Mr. Mahmoud is currently an Executive Chairman of Egyptian Gas Regulatory Authority (GASREG). His main responsibilities include to regulate and monitor all downstream activities related to the gas market, to ensure the availability of gas and the quality of services provided and encourage the investment in the gas market, taking into account the interests of all participants in the gas market and the protection of stakeholders’ rights.

In June 2007, he was awarded the fourth ranking of the Distinguished Manager Competition which was conducted in all government ministries throughout Egypt under the patronage of the Ministry of Administrative Development to select the top ten managers over the country.

He is a Mechanical Engineer with more than 35 years in the oil and gas industry sector, gained experience in various fields including processing, liquefaction and separation of gas derivatives projects and natural gas transmission network pipelines. 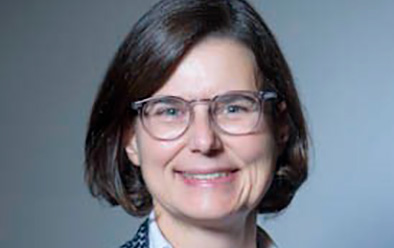 Chair of the Virtual Working Group 3 on Technology and Innovation

Carolyn Calwell became the Ontario Energy Board’s Chief Corporate Services Officer & General Counsel in April 2021. Ms. Calwell brings to the organization deep energy sector expertise and a proven track record in public administration. She has served in senior leadership roles in legal services and energy policy, most recently as an Assistant Deputy Minister at the Ontario Ministry of Energy, Northern Development and Mines. Prior to that Ms. Calwell served in progressively senior legal roles and was Legal Director at the Ontario Ministries of Energy, Economic Development and Growth, Research, Innovation and Science, and Infrastructure. Ms. Calwell has an Honours B.A. in Geography & Politics from Queen’s University and she earned her LL.B at Osgoode Hall before joining a large law firm in Toronto.

Ms. Somasekharan is the Deputy Chief on Regulatory Affairs of the Central Electricity Regulatory Commission (CERC) from 2014 to present as part of the team working on the Generic Renewable Energy Tariff Orders. She is also working in the SAFIR Secretariat.

Previously, she held positions as Deputy Director of Tariff in the Tamil Nadu Electricity Regulatory Commission (TNERC). She worked on subsidy orders and true up of past subsidies for the licensees. She also conducted analysis of license fees and Power purchases, Sales and Resource.

She holds a Master in Business Administration and a Bachelor of Commerce from the Osmania University. 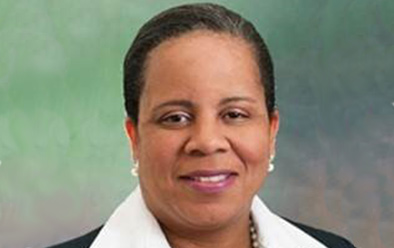 Chair of Women in Energy

Kathleen Riviere-Smith is the Executive Director of the Organisation of Caribbean Utility Regulators (OOCUR). She has over 20 years of utility regulation experience after rising to the post of Chief Executive Officer at the Utilities Regulation and Competition Authority (URCA), the multi-sector utility regulator in the Bahamas. Kathleen is a chartered accountant by profession and is a graduate of Acadia University, Nova Scotia, Canada. 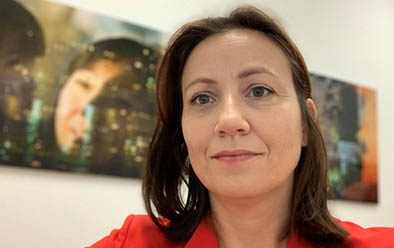 Vice Chair of Women in Energy

Ms Andrea Lenauer is Senior International Relations Advisor at the Austrian regulatory authority E-Control. For 18 years now, she has put a lot of energy and passion into international cooperation of regulatory authorities in Europe and beyond and set up the CEER representation Brussels. She was also a pioneer in the Energy Community, acting as Head of Section for the Energy Community Regulatory Board (ECRB). Since 2016, she has shared her knowledge about the process of liberalisation and European regulation and her international experience with mentees in the ICER Women in Energy programme.

On a self-employed basis, she works as a trainer for pupils and students and teaches them studying skills. She is also active as a life and social coach advising women between 30 and 45 regarding challenges in work and life.